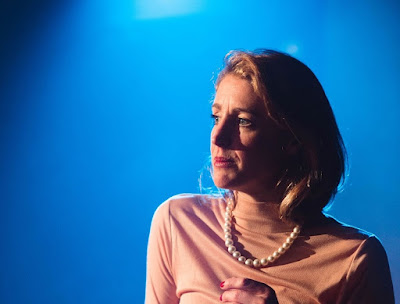 New York City, Times Square the spring of 1992… walking with my girlfriend (now wife) we came across a rally for presidential hopeful Bill Clinton accompanied by his wife, Hillary. They looked so impressive in the cold April sunshine surrounded by cameras, a phalanx of local Democrats and a growing body of the curious, some not so impressed with this Arkansas upstart this “slick Willy”. Suddenly Bill smiles and points, apparently recognising someone in the crowd, “Hi Bob!” he shouts, pointing directly at the attractive redhead standing next to me – called Catherine by the way. It was a bit of showmanship, a flash for the camera’s in NYC and, biased as I am, I always felt his eye just landed on the prettiest person in our section of the crowd.

That’s my Clinton Story and for a while two years ago I really felt we’d double up on having seen a US president in the flesh – vote Clinton and get two for the price of one, as their old campaigning had it - but it wasn’t to be despite her winning the popular vote by over three million.

In Kevin Armento’s smartly constructed new play, Monica – or Hillary’s construction of Monica – suggests that she gave birth to her political career, forcing the Clintons to play a much tighter game with the more controlled and intelligent, Hillary driving the bus much more. But the seeds for eventual defeat were also laid at this time: “No one bothered to measure how the stain of it might stay with me; how it might make people feel like I’m corrupt, even if they can’t quite put their finger on why…”

Hillary stood by her man and, in the absence of the full details – in this version at least – went out on a limb to defend him. The defence and offence were full on and whilst there’s a reason this particular political scandal is name dafter the woman not the politician, it also somehow fell on the presumed cold shoulders of the woman who became Crooked Hillary.

Armento focuses on the five women at the centre of the scandal and, whilst the play is ostensibly Hillary’s, Monica is given full voice too along with the Clinton’s daughter, only a few years younger than the then 22-year old intern with stars in her eyes.

At various points the other women play Bill’s part – Kristy Philipps (playing Chelsea) catching his drawl with uncanny precision: he like his good buddy Tony, were men of charisma and startling self-belief but… no one’s perfect.

Flora Montgomery makes for a striking Hillary, intelligent and regretful, hoping for the chance to, eventually, just be herself and keen to put the truth across through “her play”. Daniella Isaacs is also good as Monica taking her from greenhorn fan girl to a woman left devastated by the political process – betrayed by lovers and friends alike, especially her confident Linda Tripp.

Emma Handy plays Republican Tripp and even gets a small cheer for her proudly stated conservatism and its practical creed of trusting no-one and never throwing any potentially useful evidence away. She quotes Ayn Rand saying the greatest sensation of existence: not to trust but to know… and reckons that the woman who gets ahead here will be the one who trusts the least.

But both Hillary and Monica trust Bill and both are let down by him.

So too the President’s Betty (Dawn Hope) whose vast experience has seen four Democrats in the Oval Office and taught her that loyalty is the most important asset, and, in this case, loyalty is very much like trust. Hillary talks of the difference between naiveté and trust: “naiveté is an inability to see everything in front of you, trust is choosing not to…” Then we have Chelsea who knows what her father has done but who cannot help but love him: perhaps that’s trust and knowledge combined.

The Clinton scandal impacts them all and the key piece of evidence, that stained blue dress, is literally hanging over them all, alongside Bill’s famously disingenuous statement that he “did not have sexual relationships” with “that woman”. It sounded too carefully worded, far too awkward, to mean what it said… Fake; it wasn’t invented by The Donald, even though he’s a specialist provider, and the nature of belief over evidence is central to our current disintegration.

It’s an absorbing, play and held us rapt as the women/the women as Bill, talked of a scandal that has been surpassed by almost everything in politics: decadence rules the day and, more than ever, we prefer to select the words that suit our preferences. We all trust far too much and the Republican’s belief that only the Right has access to the “truth” is yet another delusion.

There’s a dislocated almost dreamy tone throughout reinforced by lone saxophone player Tashomi Balfour, playing soulful wisps of Charlie Parker, Coltrane and more in sardonic tribute to Bill’s favourite instrument. But Balfour’s cool is something you could listen to all night.

Joshua McTaggart directs and there is constant motion as performers change character and position and the stage design (from Basia Bińkowska) and lighting (props to Jess Bernberg!) is superb throughout. It’s an atmospheric and very good-looking play that will haunt me for days.

This is the Bunker’s first production of an American play and it made its World premier at a time when another philandering President – one with far less political ability and no moral compass – takes the World closer to disaster. Trump makes Clinton look so classy; the latter may have liked a wander, but he had beliefs and wanted to fulfil a public duty as indeed did Hillary.

But scandal rules are still different for women and this play is a fascinating exploration of just why.

Devil plays at the Bunker until 28th April – ticketsavailable at the box office and they will be hot!