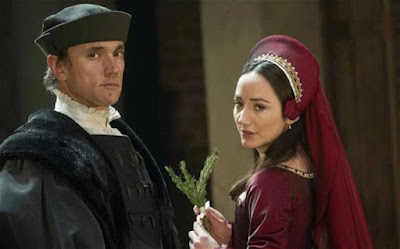 I must admit to having reservations about fictionalised biographies: there can only be so much that is known about a person’s motivations and any attempt to dig deeper into personality can only really be supposition. They’re not biographies but they are certainly fictionally about as close to the real thing as a tribute band to the original artists: same tunes, same clothes: different people.

That said, there’s no denying the fascination of knowing more about influential people past and present but so many biographies go wrong when the subject is from modern times, how about those concerning people who last drew breath in 1540?

Hilary Mantell has specialised in thoroughly-researched historical fiction and knows her subjects in obsessive detail and yet what she presents is no more than a guestimate of who they actually were. I’m sure she would claim no different and what she does provide are well-crafted and highly entertaining lessons in history… and that can only be a good thing!

Mantell has been greatly involved in the development of her two novels for the stage, originally for the RSC in Stratford and now transferred to the West End amidst much clamour and rightly so.

Against a brutal grey concrete setting, the cast take us through the events surrounding the rise of Thomas Cromwell and King Henry VIII’s first divorce and second marriage to Anne Boleyn.
Ben Miles’ Cromwell is a mixture of guile, ready wit and tactical nouse, a common man who has absorbed everything from a diverse life spent fighting and trading in Europe. A self-taught polymath who mastered the law, and pretty much everything he turned his hand to, this Cromwell is from that age when a man’s innate ability could take him far, if he were exceptionally gifted and lucky.
Here Cromwell is the hero but the Tudor mind-set was perhaps less modern than his easy charm might suggest – this was survival of the fittest, a full century before Thomas Hobbs described man’s life as being “nasty, brutal and short…”
Certainly wife number one Katherine of Aragon (Lucy Briers) had such a cutting edge with Cromwell describing her as the most ruthless of the lot: “if she were a man…” Similarly Anne Boleyn (a marvellously expressive Lydia Leonard) knows what she wants and plans to get it and remove all obstacles including Henry’s only daughter.
For Anne the relationship she wants with the King is almost more business than anything else and she has set her sights high: she is clever and as much of a schemer as any of the court.

Nathaniel Parker makes for a wonderful King Henry VIII, slightly uncertain at the start but growing in power and confidence as Cromwell facilitates his separation from Roman Catholic constraints as rule of all England as well as its church.
What these hugely successful people had in common is intelligence, decisiveness and a willingness to act as fortune might dictate.

Against them are those more driven by programmes or strict unbending philosophies chief of which is the self-flagellating Thomas Moore (John Ramm) who dooms himself rather than accept a change in the church’s relationship with the state.

The play works very well and is a thoroughly entertaining history not without a laugh here or there. I’m not sure how close to the actuality it might get but it gives a flavour of the kind of motivations that drove the Tudor world.

The cast are uniformly excellent with Miles the stand out, holding centre stage with assurance and pitch perfect timing. His Cromwell has a very modern political cunning… maybe that’s why we like him so much.

Wolf Hall and its companion Bring up the Bodies played at the Aldwych Theatre way back in 2014  and were unmissable if you appreciate slightly more challenging West End fare. But, if you like the plays, don’t forget that many excellent history texts are also available if you want to find out more about what actually happened. 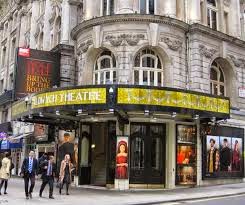