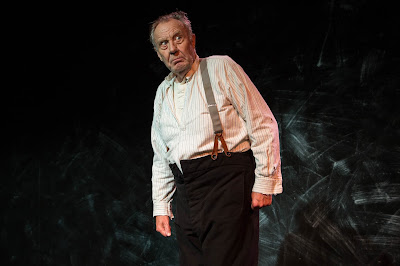 "Everyone working well except the carpenter. I shall never forget him in this time of strain and stress…" Sir Ernest Shackleton’s diary, 1915

The story of Sir Ernest Shackleton’s epic attempt to cross the Antarctic is enshrined in our culture helped by the amazing film recorded by Frank Hurley, later released as South in 1919. The crew faced almost impossible odds when their ship became lodged in ice and Shackleton’s leadership in rescuing all of his crew after an epic land crossing and harrowing open-boat journey from Elephant Island to South Georgia is the stuff of legend.

Great British pluck and the best of us overcoming the odds it may have been but without the alterations made to the lifeboats by Shackleton’s carpenter, Harry McNish, they would not have succeeded. Of the 24 Polar Medals awarded to the crew of the Imperial Trans-Antarctic Expedition, none was given to poor Harry and as the officers and scientists enjoyed a heroes’ cruise home, the chippy along with other rank and file had to pay his own way. Hands and therefore his livelihood ruined by his exertions in the great white silence, McNish ended up in Wellington, New Zealand, down and out and living in the harbour, sleeping under tarpaulin.

Gail Louw’s bitter-sweet play has our hero trying to make sense of it all near the end of his life as he drinks himself into a reverie imagining visits from his old crew mates, The Boss himself and friends and enemies.

Malcolm Rennie is exceptional and gives his all as the embittered yet stubbornly passionate harry and pulls the audience deep into this ice-cold world of polar traumatic stress. It’s a very physical performance and Rennie leaves absolutely nothing on the stage as he forces Harry to confront his demons in the face of his own fears. Sometimes it feels like he is tearing the words out of his mouth as his spits disdain at The Boss or his enemies like Captain Lees and Worsley.

McNish respected Shackleton but also disagreed with him on too many occasions. He was right about the boats but maybe held too much of a grudge when The Boss shot his famous cat Mrs Chippy, who would have had no chance of survival after the Endurance was crushed by ice. Shackleton, as the note above suggests, found him difficult but did concede he had "grit and spirit".

You’re left marvelling at these men’s accomplishment and wondering why the Empire didn’t take such good of the men after the heroic deeds inspired a nation at war and much in need of heroes. Perhaps also the character that stubbornly refuses to curl up and die also meant that these men were to fight – without each other they were surely doomed and any petty concerns should have been cast aside… but the line of command had been crossed and that was that. 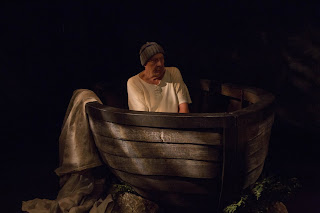 Colonel Macklin, the physician on Shackleton’s expedition later said “...of all the men in the party no-one more deserved recognition than the old carpenter.... I would regard the withholding of the Polar Medal from McNeish as a grave injustice.”

But Harry was with us tonight in the force of Malcolm Rennie’s performance and I would urge everyone to go and watch this master craftsman at work! Tony Milner's direction is intrepid too, pushing his performer to the limits and taking many chances with so many "invisible" characters who, in Rennie's hands spring so substantially to life.

Shackleton’s Carpenter plays at the Jermyn Street Theatre until 16th August and goes on a tour of the UK and Ireland tour in the Autumn – details on their website.

I also wrote about Frank Hurley's film, South (1919) which features such incredible footage of the expedition.

IThankYou Theatre rating: ***** A blistering one-man show that drags us through the grit and grind of polar enmities that haunt this brave man till the very end: you will leave the theatre reeling.

Posted by Ithankyou at 01:20 No comments: